by Roger Dawkins (TheHairStyler.com)
Updated on November 08, 2017
There's always something slightly wrong about those Olsen twins- Mary Kate and Ashley- and I always notice. They've usually got great hairstyles, and often they're hanging around somewhere most people would love to be, but there's just something not quite right about photos of them. 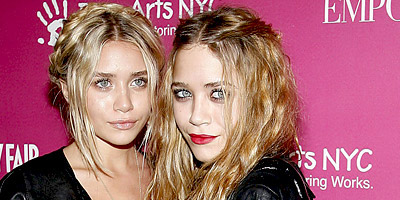 I know what it is: they always look so sour and miserable. Sometimes I just can't believe it. There they are, sitting in the front row of some exciting fashion show at the Louvre in Paris (as if it's the hardest thing in the world), looking totally bored and over it- and so bored and over it they need to constantly clutch each other to help themselves through the "ordeal" of it. 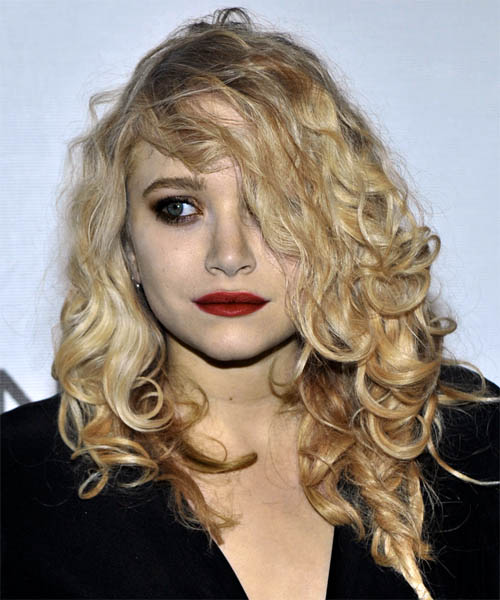 But like I said, they've usually got cool hair. I'm thinking specifically of their textured, medium length, blonde wavy hairstyles. Strands were probably twisted into slender sections when damp, and then clamped- using a curling iron- for texture. The twists are then separated and ruffled with the fingers, and worn with a center part. But who would really even notice their great wavy hairstyles with all those miserable vibes radiating around the two sisters?

If you're hip, then you probably know the Olsen twins' celebrity hairstyles as "boho chic." "Boho" means "bohemian": the arty type who cares less about fashion and more about being creative. It also has connotations of passion and colorfulness. "Chic" means glamorous, sophisticated and attention grabbing, yet understated and cool. So with "boho chic," think arty, casual and carefree- and the term makes sense 'cos the hairstyle is definitely carefree looking and scruffy and understated in an arty and trendy kind of way. 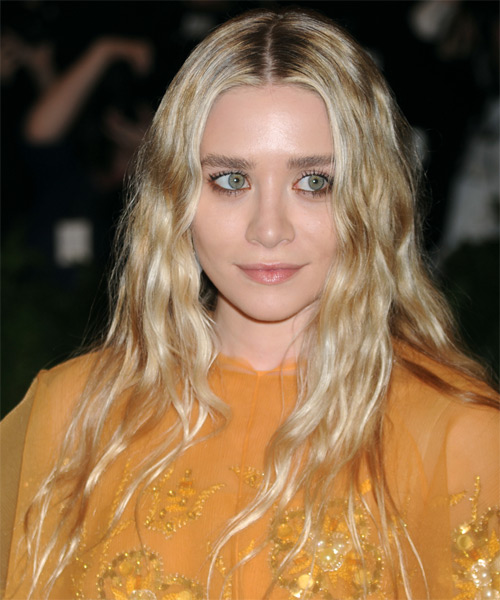 If you're not that hip (maybe your teenage daughter's got the style), then you probably know this medium haircut as the "rock chick" look. It's a "rock chick" look because women who are into "rock" music and "rock out" on stage (supposedly) have more casual messy hairstyles, and- because they are inherently arty types- they are slightly separate from mainstream society. I think the rock chick thing probably has something to do with boho's association with hippie folk music singers too.

But what's wrong with those miserable little Olsen twins? They've got the jet-setting lifestyles, the fame and fortune, and the sweet boho chic wavy hairstyles, but still they look so jaded, bored and boring. Are they channelling some tormented artists through their bohemian locks? I get it: bohemians are sometimes a bit sad and full of the pain of unrequited love, but not all of them. The long and the short of it is that these Olsen chicks are ruining a great hairstyle with their grumpy faces.

So here's what I think. Boho chic is a great, casual and relaxed hairstyle with heaps of potential to look really sexy. Try one of the Olsens' boho chic celebrity hairstyles on today, and maybe get one yourself. But don't get that miserable Olsen attitude too, 'cos if you do people won't even notice your hair.

Get the boho without the boohoo.