by Sue Leeson (TheHairStyler.com)
Updated on November 10, 2017
Recently, Cosmo published its list of the world's sexiest men, and surprise surprise, it wasn't full of surprises. It's living proof of the prejudice in society that says men get sexier when they get older and women don't.

Most of the guys on the list are over 30, and even 40, and there's nothing particularly stylish about them. How many women do you see at that age rated as "sexy"? Hardly any. Or even appearing in movies? Basically none. 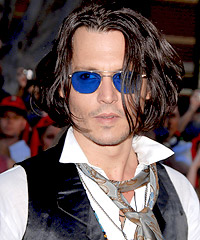 Looking at this list I straightaway noticed a number of things. The first is that Johnny Depp gets the crown for the sexiest man alive, and I'd definitely agree. The next thing I notice is how old everyone is, and this is something I'll get to in a moment. Then, after a closer look at the photos of these chaps, it's quite clear that most of them have pretty "everyday" hairstyles. 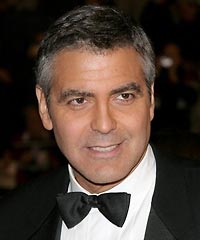 What I mean is that these "sexy" men are hardly strutting about with high maintenance hairstyles. Johnny Depp looks like he cuts his hair himself based on his high school yearbook photo, George Clooney just gets his barber to do a quick college cut- and it's pretty much the same for Daniel Craig and Will Smith. Ok, so Brad Pitt's a bit of a hairstyle guru, but lately he's just had the same short back and sides. Even David Beckham can't be bothered with anything more than a buzz cut these days. By comparison, take a look at the kind of hairstyles on stereotypically "sexy" women: long wavy hairstyles that need regular trims, blow-drying, lots of mousse and lots of effort.

What it means for these guys to be considered "sexy" as they get older and get more and more conservative hairstyles, is that "sexy" doesn't have to be about glamour and fashion and youthfulness. And that's great! It's fantastic that guys can get older and more wrinkled- probably with beer bellies too- and have relaxed, comfortable hairstyles, and be comfortable in their own skin, and still be considered "sexy." I'm over the moon for them! 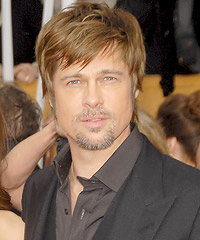 But what annoys me is that it's not the same for women. First of all, as if there'd be a list of the world's sexiest women with the majority of them over 30 and 40! Hello! "Sexy" women these days are typically thought to be in the 20s (or heaven forbid, Miley Cyrus' age- check how many people search for her photos on Google every month). And another thing, most of those guys on the list are movie stars; you hardly ever see women over the age of 40 in starring roles in the movies- unless they're playing someone's mum. How many times have you seen Pierce Brosnan, all 55 years of him, playing the "handsome" lead with a lithe young girlfriend? 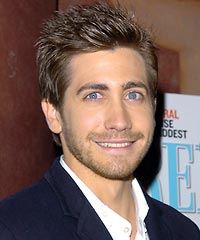 Society thinks men age well and women don't. And this list (as well as that recent article about short hair not being sexy) is the perfect proof of this ridiculous, sexist and deeply ingrained idea. Look, I'm not denying that the men on Cosmo's list are sexy, and I think it's great that they're older and don't have high fashion, high maintenance images and hairstyles. I just think it's terrible that it's not the same for women; and that's what annoys me about this list: it reminds me (and you too hopefully) how society doesn't think women over the age of 20, with "everyday" and "comfortable" hairstyles are sexy too. Let's get over that idea once and for all.